Christmas is a popular holiday in Algeria

One of the 15 best scientific blog articles of 2008

Christmas is around the corner. The Christmas tree is decorated, the fairy lights shine beautifully and the shopping for Christmas gifts is in full swing. In the midst of the hustle and bustle, many Muslims often encounter this question: "Do you actually celebrate Christmas too?"

To get it straight from the start: Christmas has no place in the category of Islamic festivities. Islam actually only knows two festivals: the festival of sacrifice, which takes place as part of the pilgrimage, and the festival of the breaking of the fast, which is celebrated at the end of the month of Ramadan. However, other festivals have crept in throughout history. For example, since the Fatimid caliphate (899-1171), the birthday of Muhammad has been celebrated in many areas. The Koran does not say anything about the birth of the prophet in a single verse.

It is different in the Koran with the birth of Jesus. This story, which is currently often referred to as the Christmas story by Christian friends of the Christian-Islamic dialogue, is detailed in the 19th sura "Maria" in verses 16-36.

At the beginning of this section there is talk of an encounter between Mary and the Archangel Gabriel, who gave her a sincere son. When Mary asks how she should have a son as a virgin, the angel explains that it is easy for God to do. Your son is to be made a sign for the people.

She then gives birth to him in a remote location under a date palm. The child is powerful in the cradle of speech and defends his mother's honor from the amazed people by explaining to them that he is a servant and messenger of God.

In general, the Qur'an attaches great importance to Jesus. He is mentioned by name, spread over 93 verses, in 15 suras and in addition to his miraculous birth, his gifts, such as the healing of the sick and the raising of the dead to life, are described.

But let us now return to the opening question. Christmas in itself is not a holiday in Islam. But how do Muslims deal with Christmas and its many symbols?

The Christmas tree, the fairy lights, Santa Claus giving presents and the Jingle Bells tune are well known in the Islamic world. But Muslims associate these Christmas characteristics more with the celebrations of the end of the year than with the birth of Jesus on the three days of Christmas. The “Muslim” Coca-Cola Santa Claus distributes his presents to the children on New Year's Eve and not on Christmas.

Participation in Christmas is expressed in the Islamic world above all by the fact that on Christmas Eve the divine service is broadcast live from various churches on numerous television channels. Particularly popular is the night mass in the Church of the Nativity in Bethlehem, which last year, as I saw myself, was broadcast in parallel on several channels. In addition, various contributions to the birth and life of Jesus are broadcast and the Christian fellow citizens are congratulated on their celebration. High Muslim dignitaries, such as those in Lebanon, Egypt or Palestine, have attended these services in recent years and thus used this occasion to send a message of peace to their nations.

Christmas as a festival for Muslims cannot be determined. At least I don't know that in a Muslim country it is customary to celebrate Christmas with family members. You visit Christian friends and wish them a merry Christmas, maybe also give them presents, but Christmas is the festival of Christians.

And what about in Germany?

How do Muslims spend Christmas here? The majority of the Muslims living here certainly see Christmas as an exclusively Christian festival, but from my own experience I can say that there are definitely Muslims who share the customs of Christmas. In many Muslim households, for example, a tasty Christmas goose belongs on the table on Christmas Day and is eaten by the assembled family. And honestly, who wants to miss the nice stroll through the Christmas market, the Christmas cookies or gingerbread? And the joy of Muslim children over the delicious chocolate Santa Clauses is just as great as that of Christian ones.

Even if the Koran depicts the birth of Jesus in a very moving way and rates this as one of the outstanding signs and wonders of God, Christmas with all its customs is a Christian festival. If the festival has a religious significance, then it can also do justice to it. I don't know if it is really the right way to push the religious values ​​of the highest Christian festival into the background for commercial reasons or perhaps as a sign of tolerance.

But I think it's nice that Muslims and other non-Christians can embrace some of the customs of Christmas and enjoy them.

And since Jesus has the status of a great prophet in Islam, it is certainly not a crime to have Muslims on the Christmas days of his remembrance.

In this sense: Merry and Merry Christmas! 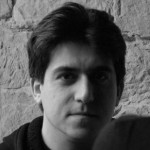 Hussein Hamdan M.A., born in 1979, studied Islamic and religious studies as well as Iranian studies in Tübingen and graduated with a master's degree in 2007. This was followed by the doctoral thesis on the work of Azhar University in Christian-Islamic dialogue, also at the University of Tübingen, which was completed in March 2013. Hussein Hamdan received a scholarship from the Konrad Adenauer Foundation for the first two years of his doctorate, before he became a research assistant at the Center for Intercultural Communication in Heidelberg for two years in 2009. There he wrote the volume “Muslims in Germany. History, Present and Opportunities ”. He is currently employed at the Academy of the Diocese of Rottenburg-Stuttgart and is responsible for the project "Shaping Society Together - Young Muslims as Partners". Hussein Hamdan is the author and speaker of the column "Islam in Germany" (SWR) and speaker on various topics of Islam. His focus is on Muslims in Germany, interreligious dialogue, humor in Islam and introductions to the basics, sources and history of Islam. He is also a member of the Islam Round Table of Integration Minister Bilkay Öney in Baden-Württemberg. Hamdan has been involved in various areas of interreligious and intercultural dialogue in recent years. From 2004-2007 he moderated the Arab-American Dialogue in Tübingen. He is currently a board member of the Bendorfer Forum.