Why is Colombia called Colombia 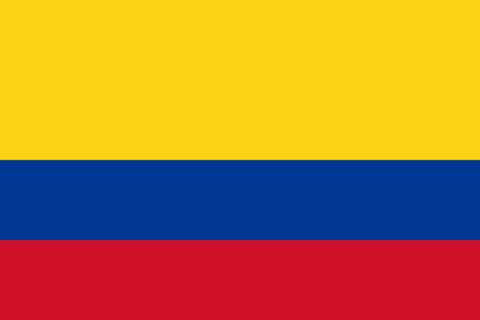 Colombia is located in the north of South America and has Panama, Venezuela, Brazil, Peru and Ecuador as neighboring countries. The country borders the Pacific Ocean to the west and the Caribbean Sea, part of the Atlantic Ocean, to the north. The Andes, the second highest mountain range on earth, run right through the country.

Democracy - but many armed conflicts

Colombia is a democracy. The president of the country is elected directly by the people every four years. The economic and cultural center of the country is the capital Bogotá. Around 7.5 million people live in the city, which is around 2,600 meters above sea level. For comparison: The Zugspitze, Germany's highest mountain, is "only" 350 meters higher.

Big problems in the country

For over 50 years there was an armed conflict between military groups in Colombia. The population suffered greatly from the civil war: Millions of Colombians were driven from their hometowns and lived in poverty, human rights were violated. The conflict ended in 2016, but there is still a lot of violence and crime in Colombia. Combating violence and drug trafficking are among the most important political tasks, along with expanding infrastructure.

The name "Colombia" was given to the country in honor of the Italian navigator and explorer Christopher Columbus. However, it was not Columbus who discovered the country, but the Spanish navigators Alonson de Ojeda and Amerigo Vespucci in 1499. In the centuries that followed, many Spaniards came to Colombia to look for gold and other precious stones. In 1538 the Spaniards made the country their colony. In 1810 Colombia declared its independence from Spain.

The population of Colombia is very diverse. The indigenous people of the country make up over 80 ethnic groups. All have their own eating habits and different art and music traditions. In addition to the national language Spanish, you can hear over 65 other languages. Children from 6 to 12 years of age are required to attend school. However, there is a great shortage of teachers, especially in rural areas. Children from very poor families go to work to help their parents instead of going to school. Many thousands of street children fight for food and a safe place to sleep every day.

Carnival, Christmas and other festivals

One thing all Colombians have in common is the joy of partying. There are many festivals where people eat, sing and dance. The carnival in Colombia is particularly colorful: people paint themselves brightly, wear brightly colored costumes and celebrate for four days. An important family festival for the predominantly Catholic population is Christmas, which is celebrated with church services, dances and fireworks. By the way, in Colombia only children get Christmas presents.

10 percent of all animal and plant species on earth live in Colombia. There are around 50,000 different plant species and more than 1,700 different bird species. This makes Colombia the country with the most bird species in the world. The national animal, the Andean condor, is also depicted on the national coat of arms. In addition, many species of reptiles and amphibians as well as exotic mammals, such as tapirs and sloths, live in the South American country. The national tree is called "wax palm" because of its waxy layer on the trunk. The wax palm is the tallest species of palm in the world. However, the diversity of plants and animals is threatened. To protect the animals and nature, more and more national parks are being established. People strive to be environmentally conscious.