China has a drug problem

Myanmar police have presented the largest drug seizure ever in Southeast Asia. In the period from February to April, the security forces confiscated more than 200 million tablets containing methamphetamine, 500 kilograms of crystalline methamphetamine, 300 kilograms of heroin and 3750 kilograms of liquid 3-methylfentanyl. The liquid methylfentanyl is 1000 times stronger than morphine. "The find is really unimaginable. It corresponds to several billion doses. That has to be for worldwide use," says Myanmar expert Richard Horsey.

The drugs were all found in Myanmar's Shan State, which is part of the Golden Triangle where Myanmar borders Laos and Thailand. There are ideal conditions for drug production and drug trafficking. The impassable mountain region offers a kind of "stable uncertainty", as stated in a 2019 report by the International Crisis Group. 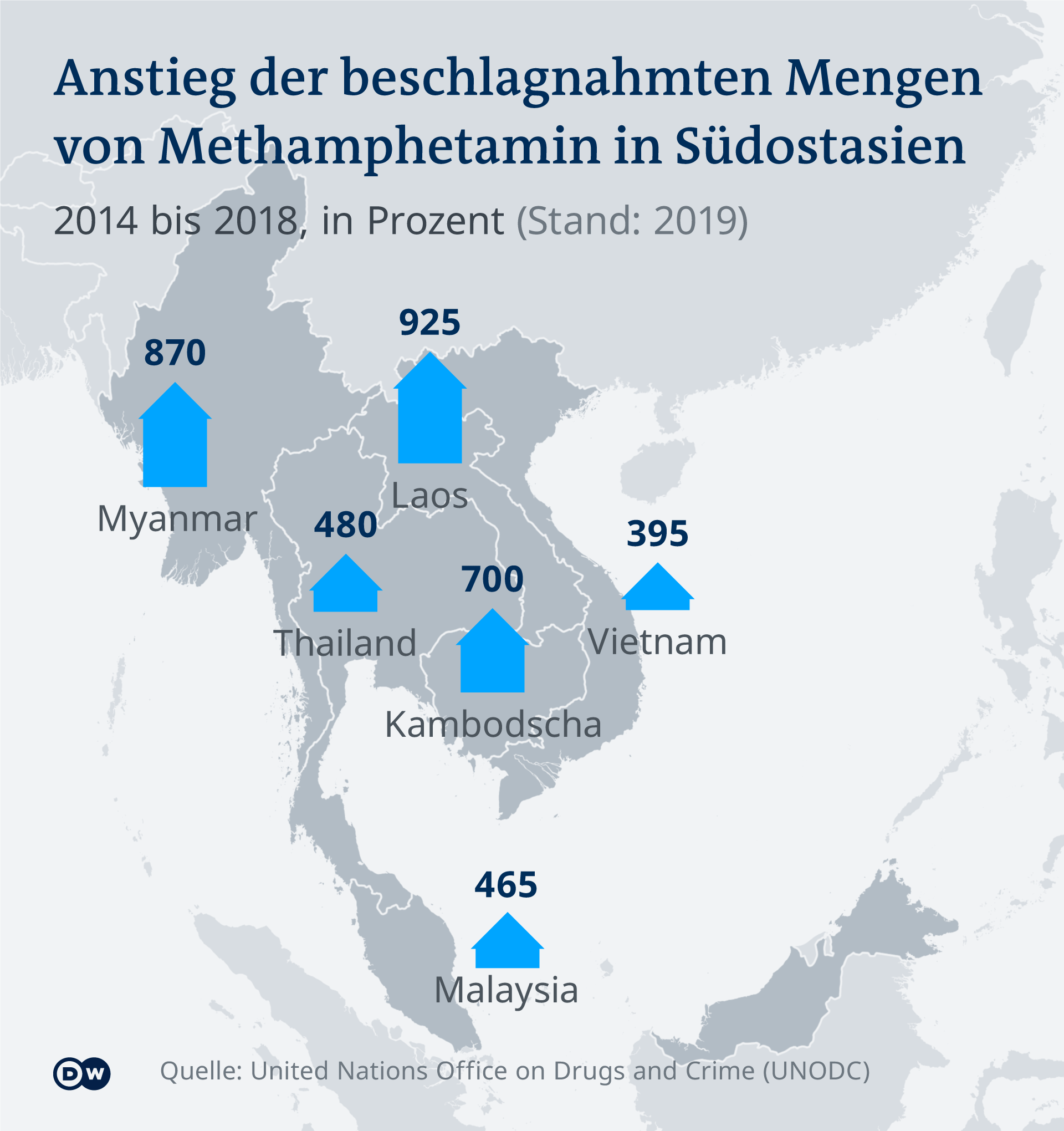 The stable uncertainty results from the balance of power in the region: ethnic resistance groups in Myanmar, such as the United Wa State Army (UWSA) or the National Democratic Alliance Army (NDAA), some of which have been active in drug trafficking for decades, control the border region China, Laos and Thailand. In Thailand and Laos, on the other hand, the security forces have only limited control over the remote, partly densely forested mountains. The borders are porous, as border controls in Myanmar, for example, are carried out by the same groups that finance themselves with drug trafficking.

The highlands are hardly developed economically. A regular economy hardly stands a chance against the immense profits of the drug business. A report by the United Nations Office on Drugs and Crime (UNODC) estimates the amphetamine trade in Southeast Asia to be between $ 30 and 60 billion. For comparison: According to the World Bank, Myanmar's gross domestic product was just under 70 billion US dollars (62 billion euros) in 2018. These immense sums corrupt the institutions, as is the case in some countries in South America. Parts of the police, military, politics and administration, even monasteries and monks in Southeast Asia are involved in the drug business. Synthetic drugs on the rise

The region was previously notorious for the cultivation of opium and the production of heroin, but methamphetamines have been gaining ever greater market shares for years. The production of methamphetamines offers various advantages over the cultivation of opium. First, production is not dependent on the opium poppy harvest cycles. Second, no large cultivation areas are required, only laboratories. Laboratories, on the other hand, are mobile and can be relocated quickly if necessary. In recent years there has been a large relocation of laboratories from China across the border to Southeast Asia, which is due, among other things, to China's increased action against the drug industry.

On the one hand, these laboratories produce the higher quality crystalline methamphetamine, also known as "ICE" or "Crystal Meth", which mostly finds its way to richer industrial nations such as Australia, Japan and Korea, and on the other hand "Yaba" or "Yama", a mixture of these Caffeine and methamphetamine in tablet form. Yaba is popular in Southeast Asia and South Asia, especially in Bangladesh.

The drug suppresses fatigue, hunger and pain. Consumers get euphoric, they feel strong and confident. The potential for dependency is considerable. Personality changes, psychoses and paranoia occur as side effects. 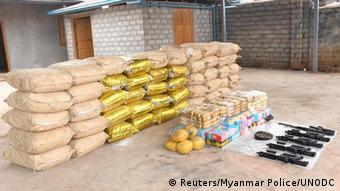 Dealers are armed and use established trade routes to transport drugs

The trade routes are largely based on the old opium trade routes, as UNODC writes: "The same routes that rebels used to haul opium and heroin through the hills of the Golden Triangle are now used for the methamphetamine trade."

Myanmar's western Rakhine State, from which the Rohingya were expelled and the ethnic rebel group Arakan Army (AA) is fighting for more independence, has become the main route for trade to South Asia. Richard Horsey, an expert at the International Crisis Group in Myanmar, says: "The Rakhine State has developed into a kind of drug highway towards South Asia, especially Bangladesh."

The security forces of the region regularly, but with temporally and spatially limited raids, confiscations and closings of drug laboratories against the drug business. This is also proven by the megafound that has now been presented from the last few months.

In Horsey’s view, this is nothing more than the proverbial drop in the bucket. "For years, the number of seizures has been increasing, but the price is falling. A clear sign that production is growing faster than demand." Horsey continues in an interview with Deutsche Welle. "The problem is not necessarily a lack of political will, but a lack of strategic ideas." The governments in Southeast Asia could not win a "material battle" against the immense profits of drug trafficking. It takes a "creative approach," says Horsey. 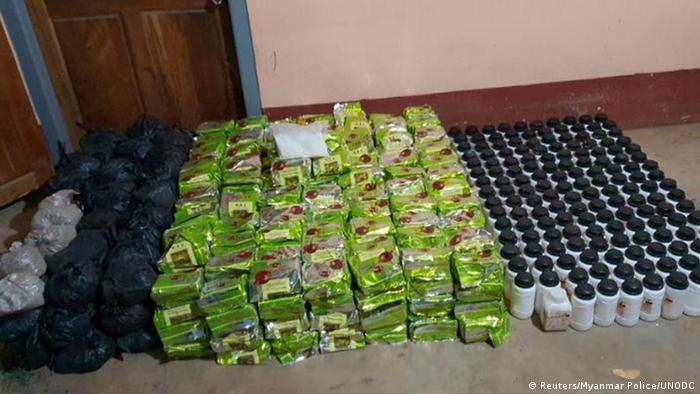 The trail of money

Horsey cited as an example the setting up of a group of 20 to 25 specialists who could follow the trail of the money. The drug money is, as UNODC reports, laundered mainly in casinos, which in the border region to China are mainly visited by paying customers from the People's Republic. But it eventually ends up in banks in Hong Kong, Macau or Singapore. From Horsey's point of view, starting here would be much more promising than one jungle raid after another.

Furthermore, the monitoring of the raw materials that are necessary for the production of synthetic drugs is overdue. Although Myanmar is the largest producer in the region, it cannot produce any of the necessary raw materials such as pseudoephedrine itself. Almost all of the raw materials produced on an industrial scale come from Chinese factories. For this reason, UNODC has long called for the chemical and pharmaceutical industries in China and Thailand to work more closely with the responsible authorities. But this is only possible to a limited extent, because in recent years there has not been a single seizure of raw materials at the border, as Horsey says.

Horsey sums it up, "China has been very successful in closing drug laboratories in China. Beijing is also cracking down on drug trafficking and exchanging intelligence with neighboring countries. But closer cooperation is essential to address the problem."